Carmen Swanwick is the Utah Department of Transportation (UDOT) Region 2 Deputy Director.  Carmen served as the Department’s Chief Structural Engineer for almost ten years and has over 15 years of experience as a consultant in structural engineering within the transportation industry.  She received both her Bachelors and Masters degrees from the University of Utah in Civil/Structural Engineering.   Carmen is the AASHTO Committee on Bridges and Structures Chair and for the last six years served as the AASHTO Committee on Bridges and Structures (COBS) T-4 Committee on Construction Chair.  Carmen participates in numerous National Cooperative Highway Research Program (NCHRP) projects and Transportation Research Board (TRB) Committees.  Carmen has been involved in several Department initiatives through the years including the Accelerated Bridge Construction (ABC) program, development of the Unmanned Aerial Systems (UAS) program and recently the Digital Delivery effort with an emphasis on Building Information Modeling (BIM) for bridges and structures.

Derek is the Structural Engineering Team Leader in the Federal Highway Administration’s Office of Bridges and Structures and is FHWA’s Principle Structural Engineer.  In this role, Derek is responsible for planning and managing national level programs targeted at improving the state of practice of structural engineering as applied to planning, selection of type, size and location, design, construction, and evaluation of highway bridges and structures.  He leads a staff of highly qualified engineers that provide technical leadership and guidance to State DOTs, industry, and other FHWA offices in Headquarters, Research, Development and Technology, the Resource Center, Federal Lands Highway Divisions, and the Federal-Aid Divisions.

From 2012 to 2020, Derek was a Senior Structural Engineer with the FHWA Resource Center, where he provided technical assistance and training in the areas of bridge design, construction, and inspection.  Prior to that, from 2009 to 2012, Derek was the Assistant Division Bridge Engineer for FHWA’s Florida and Puerto Rico Divisions.  Before joining FHWA, from 1998 to 2009, Derek was a bridge design engineer for the Alaska Department of Transportation and Public Facilities where he developed designs for new bridges and bridge repair, rehabilitation, and seismic retrofit projects throughout the state.  Derek received his B.S. in Civil Engineering in 1997 from the University of Alaska in Fairbanks (where he was born and raised) and his M.S. in Structural Engineering in 1998 from the University of California, Berkeley. 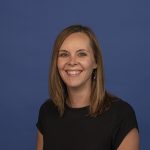 Nicole Majeski was sworn in as the 11th Secretary of the Delaware Department of Transportation on January 13, 2021. As Secretary, she leads an organization responsible for 90% of the state’s transportation network, including the Division of Motor Vehicles and the Delaware Transit Corporation. Oversees the development and implementation of a six-year capital program of over $4 billion and ensures compliance with U.S. Department of Transportation. In addition, she works with the state’s counties, municipalities and towns to coordinate land use planning and transportation infrastructure needs throughout the state. With an annual budget of nearly $1 billion and a dedicated workforce of over 2,500 employees, Nicole oversees one of the largest departments in state government.

Prior to becoming Secretary, Nicole served as Deputy Secretary of DelDOT where she assisted in overseeing daily operations, managed policy and legislative initiatives, constituent relations, employee development and the audit section.

Before joining the state, Nicole worked for New Castle County Government for seven years, serving as chief of staff to then County Executive Chris Coons. She is a graduate of the University of Delaware and a Council of State Government Toll Fellow. Nicole and her husband Ari Messinger have two sons and reside in Middletown.

Mr. Williams is an Associate Research Engineer at the Texas A&M Transportation Institute. Mr. Williams has over 30 years of structural engineering and design experience.  He is an expert in the design, testing, detailing, and construction of bridge rails, and other types of roadside barriers for all different test levels.  He has barrier design and testing experience in the United States as well as several countries abroad.  He has served as principal investigator (PI) on numerous bridge railing retrofit projects in the United States and abroad. He recently served as PI on the 24.8 mile long southbound causeway bridge over Lake Pontchartrain near New Orleans, Louisiana.  He has served as principal investigator or co-principal investigator on over 300 bridge railing and other roadside barrier projects for Texas A&M Transportation Institute.  Many of these projects pertain to retrofit applications to meet the requirements of MASH Specifications.  Mr. Williams has designed and detailed numerous bridge railings systems for state agencies, private firms, international highway and private agencies. Mr. Williams has made numerous presentations at national and international meetings that pertain to the design and testing of roadside barrier systems.

Mr. Williams has been principal investigator on the analyses and design of new crashworthy bridge railing systems for several historic truss bridges in the State of Texas.  These projects required analyses of the complete truss bridges to determine if the bridge truss members and adequately resist the impact loading from errant vehicles impacting the railing attached to the truss members.

He is an expert using such engineering software packages such as AutoCAD, Solidworks, STAAD PRO, RISA-3D, MathCAD, and numerous other structural analyses and design software packages.  Mr. Williams specializes in reinforced concrete and structural steel design and detailing.  In addition, Mr. Williams is an expert in structural analyses design and detailing of residential, commercial, industrial and petrochemical structures of all types.  Mr. Williams has served as co-principal investigator for a project to determine the impact force imparted to bridge piers from large 80,000 lbs. trucks.  Mr. Williams has investigated several large truck crashes involving large trucks impacting bridge piers in the United States.

Prior to joining TTI, Mr. Williams has spent most of his career in private consulting on structural and civil projects. He has worked on residential, commercial, industrial, municipal, state and federal projects. He has twelve years design and field experience in geotechnical, civil, hydraulic, and structural engineering design and construction. His assignments have included design and construction of commercial buildings, stormwater drainage system, asphalt roadways, structural steel and concrete bridges, and various structural projects for the petrochemical industry.  He has held titles of Field Engineer, Field Surveyor, Structural Engineer, and Lead Civil/Structural Engineer.  Mr. Williams was lead civil structural engineer for the large U.S 77/83 Interchange MPRR/Palm Drive Overpass in Cameron County, Brownsville, Texas.  This project involved the design of pier foundations, bent caps, bridge girders (steel and concrete), bridge decks, and abutments for the interchange.  Approximately 300 drawings were issued for construction for this project.

The proprietary session will discuss several new technologies and innovations!

The session begins discussing pultruded FRP decking showing several hollow sections together forming one integral custom element.
Next topic shows the intricacies involved in creating high load multirotational bearings used on the expansion project at LaGuardia Airport. New technology about rope access for hard-to-reach areas using UAV inspection, 3D reality capture and AI for defect detection is to follow. The use of cathodic protection systems to extend the life of the 85 yr old Arlington Memorial bridge is next.
Ultra high performance fiber reinforced concrete for Unique rehabilitation of bridge structures follows. The final topic is testing of key components on the Chacao suspension bridge in Chile.

A novel composite bridge deck has been developed by bonding several pultruded hollow sections forming one integral element at custom length and width. Extensive experimental and numerical analysis have been undertaken on the fabricated bridge deck which demonstrated the structural integrity of the developed product. As a result of these investigations, the novel bridge deck has been utilised in several repair projects as an alternative for the deteriorated decking of the existed road bridges.

The Laguardia Airport in New York City, operated by the Port Authority of New York and New Jersey, is one of the busiest airports in the country. In 2016 the first of two massive projects totaling $8 Billion began which was headed up by the joint venture of Skanska-Walsh. This project consists of a new Terminal B and an 850,000 sq-ft headhouse. In addition, the roadway system feeding in and out of the terminal is being rebuilt with over 540 disk bearings being utilized on the ramps and structures comprising this complex.
The second project is being headed up by Delta Airlines who is acting as the general contractor in replacing Terminals C and D. Again, a complex roadway is being constructed in front of the terminal which will include over 800 disk bearings of all types. These bearings are designed for high horizontal loads and rotations, uplift conditions and seismic isolation.
This paper will highlight some of the challenges of the design, manufacture, testing and installation of these devices for this unique project with an emphasis on the versatility of this type of bearing system for complex bridges.

During a recent inspection for the City of Spokane, Fickett Structural Solutions decided to augment its rope access team with a UAV inspection by partnering with PRENAV, specifically to access hard-to-reach areas and explore new tech like 3D reality capture and AI for defect detection. This presentation will discuss lessons learned, what worked well, and opportunities for future improvement.

Arlington Memorial Bridge is a reinforced concrete spandrel arch bridge that connects Washington, DC and Virginia across the Potomac River. This landmark historic bridge was opened in 1932 and after 85 years in service started showing signs of deterioration, including reinforcement corrosion. The National Park Service, the bridge owner, selected AECOM/Kiewit as the design-build team to provide a rehabilitation plan to extend the service life of the bridge by 75 years. The rehabilitation consisted of deck replacement and substructure repairs involving the installation of targeted cathodic protection (CP) systems in the arch cross-walls, floors, and under arches to mitigate and prevent corrosion.

The Chacao Bridge is a 2.75km-long bridge being built by Ministry of Public Works of Chile. Upon completion, it will become the longest suspension bridge in South America. Full scale testing, in accordance with national and international standards, is essential to ensure the proper long-term performance of critical structural components such as bearings, expansion joints, dampers and seismic isolators is vitally important in maximizing the long-term performance of this special structure.

The Frederick Douglass Memorial Bridge in Washington, DC is a unique three-span, springing arch, cable supported deck bridge that will serve as the gateway to the monumental core from visitors traveling from the south and east.  Although it’s not an interstate highway, it is a part of the National Highway System due to its strategic location and importance in the US economy, defense, and mobility to and from the abutting interstate highway.  Our presentation will provide an update of the current construction progress, and a discussion about the associated community based activities underway focused on building “more than a bridge.”

This workshop will provide best practices when developing a bridge painting specification. It will focus on steps in designing a specification that will cover surface preparation, coating application, environmental requirements, and special provisions to cover areas of a structure that may need to receive special attention due to access/inaccessible areas. The goal of this workshop is to educate designers and owners on what steps to take when developing a paint specification.