The Best of IBC Webinar Series is a great way to preview the high quality technical content presented at the International Bridge Conference®. 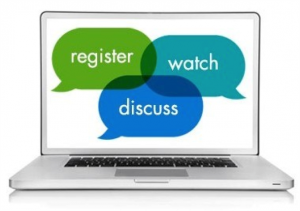 Virtual webinars are FREE to attend, but registration is below and is required for pdh certification.

This paper presents the design and implementation of the various prefabricated bridge elements utilized for the replacement of Bridges 1-676 and 1-677 on SR 141. The proposed replacement for each of these bridges consists of three spans of a little over 80’-0” that carry SR 141 over I-95 and I-295. In order to minimize bridge construction time, prefabricated superstructure modules and precast pier columns and pier caps were used. UHPC was used to transversely connect the superstructure units. This project demonstrates Delaware’s first application of prefabricated superstructure modules and precast pier columns and pier caps. This paper illustrates the pros, cons and lessons learned from using ABC techniques for the replacement of Bridges 1-676 and 1-677. It will also discuss the collaborative efforts between the design staff, the construction engineers, and the contractor to overcome obstacles and deliver a quality product within the project schedule. The first phase of construction for Bridges 1-676 and 1-677 was completed in October 2020. The second phase of construction is now underway and is expected to be complete November 2021.

The Longfellow Bridge spans the Charles River and carries Route 3 and the MBTA Red Line. The rehabilitation of 11 arch spans included replacing the deck and all steel framing except the arch ribs. The Charles/MGH Station prevented access to two spans during normal construction. The rapid construction concept allowed for the replacement of 100 feet of structure during each weekend by utilizing precast bridge units and temporary shoring for construction of the final structure.

In January 2019, an over-height vehicle struck a through-truss bridge carrying State Route 6 over French Creek in northwestern Pennsylvania, which caused severe damage to the truss verticals and necessitated the structure’s closure. This presentation will highlight the design stage work on the project, including the initial response, finite element analysis, and development of the repair schemes, which enabled the structure to be successfully repaired and reopened in under three months from the accident.

As one of the largest bridge projects in Pennsylvania, the I-78/ SR 61 Interchange Improvement is a multi-phased project currently under design and construction. Rehabilitation and widening of the historic I-78 multiple-span arch bridge over the Schuylkill River is a part of this larger scope. Built in 1955, the existing bridge includes an eight-span, concrete spandrel arch bridge with typical spans of 157.5 ft with an overall length of 1742 ft. The widened spandrel arch bridge will add one lane on each of the existing westbound and eastbound roadways, to a total of six traffic lanes with shoulders.

In one of Northern Virginia’s busiest, most complicated and high traffic volume intersections, the superstructure of the EB Wilson Boulevard Bridge over Route 50 was demolished, removed, and replaced in a single weekend to minimize impact to the traveling public and local business community. The design utilized ABC methodology including three preconstructed composite units erected at the site using very early strength latex concrete deck closure pours providing the required cure time, strength and durability.

The Wellsburg Bridge is an 830-foot span basket-handle network tied arch connecting Wellsburg, WV and Brilliant, OH across the Ohio River. This arch span is being constructed using an Accelerated Bridge Construction method where the main span is built at a site roughly 1 mile upstream along the Ohio River and will be floated into its permanent position using a system of self-jacking falsework towers and barges.

Substructure rehabilitation and re-use was instrumental in minimizing traffic gridlock in the rapid bridge replacement of the Frederick G. Gardiner Expressway in Toronto, Ontario, the fourth largest city in North America.
The frequently traffic-jammed structures were over 50 years old, severely deteriorated and crumbling due to chloride-induced corrosion.
To minimize disruption to commuters, the substructures were structurally repaired using a galvanic encasement that will also provide corrosion protection for the next 30 to 40 years.

The Interstate I-89 bridges in Colchester, VT were replaced within a 59-hour weekend closures. AccelBridge was used due to its durability, speed and simplicity. The two key features of the deck system are: match-cast epoxy joints between precast deck panels and deck compression by jacking against supporting girders without the use of post-tensioning. By eliminating cast-in-place joints between panels, this deck system offers significant savings in materials, field labor and schedule.